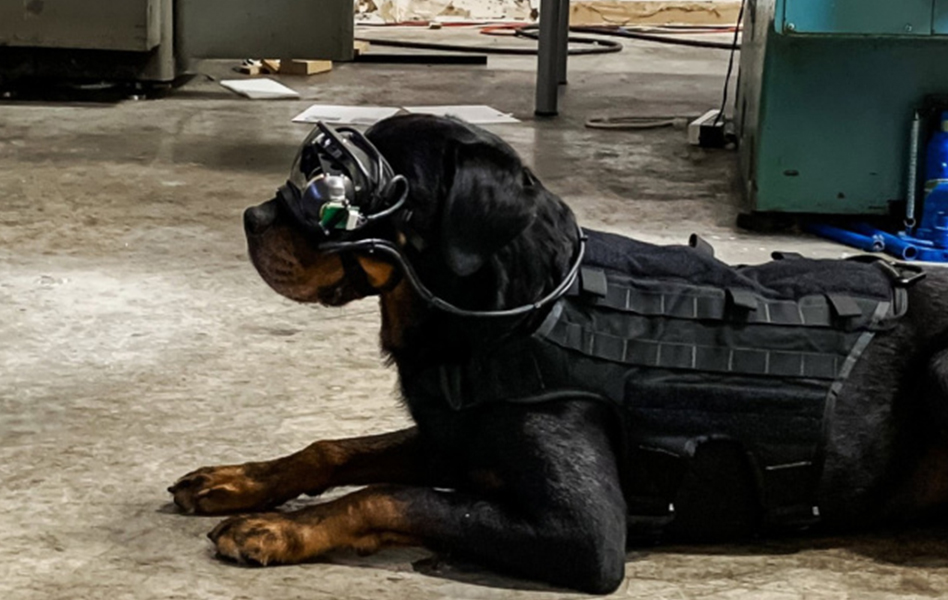 It’s true that dogs are a man's best friend, this is especially true with the armed forces. Military working dogs are used for scouting and finding explosives, along with other reconoscence missions. It is essential that these dogs get commands from their handler to keep them safe and to help the dog along with the mission.

Just think, giving Augmented Reality technology to working dogs sounds like a great idea. One of the best things about using AR to guide military dogs is that they are already wearing military goggles for eye protection. The Army Research Office, part of the U.S Army Combat Capabilities Development is working on this new technology. AR is being developed for dogs with the aim of commanders being able to help get their companions where they need to be. This also helps soldiers keep out of harm's way as they can be further distanced from their canine companion.

An example is when the canine cant see their trainer, they might lose focus and become disoriented and off task. This gives a permanent link between canine and human.

Dr. A.J. Peper founded Command Sight in 2017, after identifying the need for better human-animal communication on the field. Peper was surprised by initial feedback from his proof of concept, “the system could fundamentally change how military canines are deployed in the future.”

The AR tech that is being trialed is specially designed to fit the canine's shape and needs. There is a visual indicator that shows the dog directions as to where he needs to go, he is reacting to visual cues in his goggles.

“Augmented reality works differently for dogs than for humans,” said Dr. Stephen Lee, an ARO senior scientist. “AR will be used to provide dogs with commands and cues; it’s not for the dog to interact with it like a human does. This new technology offers us a critical tool to better communicate with military working dogs.”

For now, the prototype used is wired, similar to being on a leash for the dog. Researchers are currently developing how to do this wirelessly for their next stage of development

“We are still in the beginning research stages of applying this technology to dogs, but the results from our initial research are extremely promising,” Peper states. “Much of the research to date has been conducted with my rottweiler, Mater. His ability to generalize from other training to working through the AR goggles has been incredible. We still have a way to go from a basic science and development perspective before it will be ready for the wear and tear our military dogs will place on the units.”

The research conducted focuses on how the canine eye perceives the world.

“We will be able to probe canine perception and behavior in a new way with this tool,” Lee said.

Military working dogs are currently directed by hand signals or laser pointers, which works well when there is line of sight. The issue arises when the canine can no longer see the handler, this can become a safety issue not only for the canine, but the handler too.

Equipping Augmented reality goggles to the worker dog makes sense doesn't it? This could offer special forces and their canines companions a new way to communicate.

“The military working dog community is very excited about the potential of this technology,” Lee said. “This technology really cuts new ground and opens up possibilities that we haven’t considered yet.”

It’s not a huge step to put AR technology into what they are already wearing. It makes adoption of this technology cheap and effective. It’s set to greatly improve communication between canine and handler.

“Even without the augmented reality, this technology provides one of the best camera systems for military working dogs,” Lee states. “Now, cameras are generally placed on a dog’s back, but by putting the camera in the goggles, the handler can see exactly what the dogs sees and it eliminates the bounce that comes from placing the camera on the dog’s back.”

The researchers have planned to spend another two years refining the product and making it wireless. The Army Research Office is proving additional funding for the next phase of development.

Tips for Working From Home During Coronavirus Pandemic