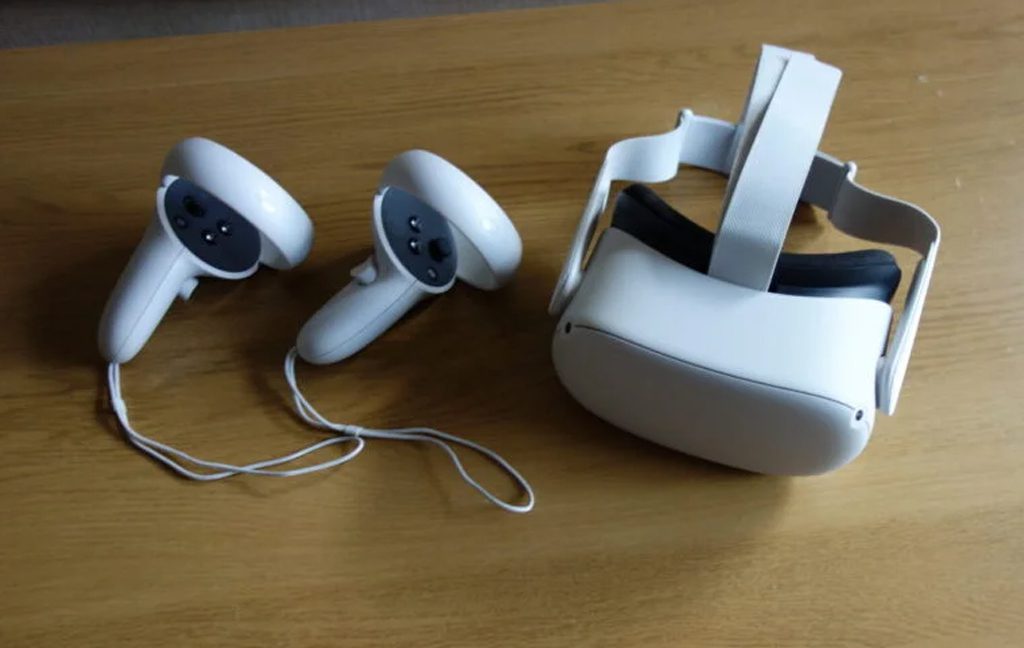 We are living in uncertain times, the outside world is dangerous and Virtual Reality seems like a good idea. When needing to keep our distance from others, VR becomes a good option in theory, but headsets can feel clunky and at times a bit of an unnatural experience. The Oculus Quest 2 is heading in the right direction, being self-contained and with its improved screen and a reduction in weight. Due to be shipping on October 13th

While the Oculus Quest 2 has kept a lot of the original features that have worked, like the stand alone design, there have been improvements made in other areas that were needed, like a reduction in weight, improved screen and as a whole feels more comfortable.

The original Quest was known for its sleek all black appearance, but Oculus Quest 2 has gone for a lighter colour scheme with its pure white body and black foam face mask, which looks great giving it a two toned appearance. Oculus have kept the same rounded plastic front end, with each corner supporting outward-facing tracking cameras.

Oculus are still using an LCD screen in their Quest 2, but the resolution is higher, 1832 x 1920 pixels to be exact. Refresh rate is up to 90Hz which will mean there can be up to 90 frames per second, which makes for a smooth, crisp experience.

Oculus’s Quest 2 uses Qualcomm’s Snapdragon XR2 chipset, which on paper is 2x stronger than Snapdragon 835 used for the original Oculus Quest. This is helping to run richer content with higher resolutions, making for a greater experience. A more efficient processor that can handle the job better will save power consumption, so the batteries will last longer before needing to recharge.

Quest 2 has more memory going from 4GB the original headset to 6GB. The device has greater storage capacity going from 64GB to 256GB. These upgrades have been achieved over the predecessor while being cheaper, costing only $299 instead of $399 USD

In the way of audio not much has changed from the original headset, still using small directional speakers, this can be more comfortable for the user than wired headphones or earbuds. One of the drawbacks of this is that the sound isn't just confined to the user, it can be audible to people who are in the same room, which would be distracting for the other person. The overall sound quality is still adequate.

The Quest 2 is using the third generation of Oculus Touch, providing you with two plastic remotes with a good grip and nice tactile feel. The controllers use a grip button and trigger, two face buttons and an analog stick for each. Oculus have reintroduced the thumb rest, which makes for a better controller feel.

The controllers use two AA batteries for power, rather than internal unchangeable rechargeable batteries. The reason for this is because there's no real easy way to plug the controllers into a charger, it ends up being easier to replace the batteries when they run out of charge. Oculus have improved the efficiency of their controllers, which means the batteries will last longer, 4x longer Oculus say.

VR is a technology that can take you right to your workplace wherever you are. Virtual workplaces are fast becoming a normal way of life, especially in a time where there are restrictions on how close we are able to interact. Still this technology has a fair way to go for a fully comfortable experience for the user, but the Oculus Quest 2 is certainly a step in the right direction. VR is feeling more and more comfortable to the user as technology improves.