Oculus Quest: Breaking Down All Barriers to Entry 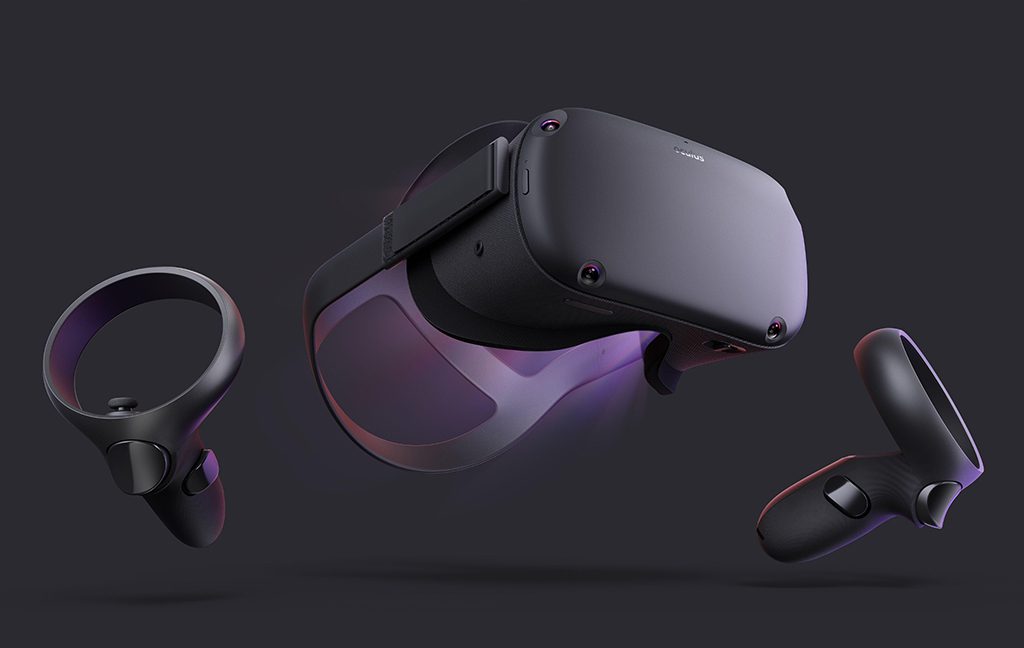 We all remember the Oculus Rift when it was released back in 2016. It was a smash hit but now it’s 2019 and people want more. As a result, Facebook will be releasing Oculus Quest on the 21st of May this year retailing at $399 USD, which represents good bang for your buck.

Similar to last year's Oculus Go, it features a standalone design meaning it does not need to be hooked up to a PC or phone. The Oculus Go was designed to be used to watch TV or movies, whereas the Oculus Quest is designed with gaming and enterprise in mind.

Some features that are included in the new Oculus Quest are its four wide-angle tracking cameras, allowing the user to move around in a large space. The Quest utilizes dual hand controllers and has a slider for adjusting the distance between the lenses. Oculus has improved the sound quality by adding powerful invisible directional speakers, which also makes the design sleeker. For processing power, it uses a Qualcomm Snapdragon 835 mobile chipset with 64GB or 128GB of storage. For recharging the Quest's batteries, there is a USB-C charging port, with this battery lasting up to 3 hours. The Quest is using much higher resolution screens than the Rift’s, at 1600 x 1440 pixels per eye and boasts enhanced lenses. But best of all the Quest is completely wireless, so no more tripping over cables. These features are great improvements, which makes it easier to use, therefore will have more mainstream appeal.

The Quest now uses the new "Insight" system, which allows the cameras to detect the edges of your space more effectively. The cameras have the ability to also pass monochrome video to your display, meaning you do not need to remove the headset to see what is going on around you. This system works more effectively, mapping spaces quite easily. Normally to calibrate the boundaries, you will need to walk around your room, but the Quest will calibrate and paint virtual lines on your floor, from wherever you are standing.

Another great feature of the Quest is its ability to remember up to five spaces. It will automatically switch between them once it detects a room from its memory, allowing free movement around the rooms, without having to recalibrate for each space. Oculus has put on display the "arena-scale" VR using the Quest, the possibility of limitless virtual motion is now getting to be a much more achievable goal.

The controllers look a bit different to the old ones that Rift was using, This is due to having the tracking strip flipped from below to above your hands, so the head-mounted cameras are better at tracking it. Over-all the controls have not changed a great deal. Some subtle changes are the analog stick, which has been positioned higher on the controllers and the controller’s face being marginally slimmer, as Oculus has eliminated the capacitive Touch panel. This panel in the past was used to detect the user’s thumb placement.

Oculus want to reach a bigger audience and are planning to build Enterprise Editions of their Quest and Go headsets sometime in 2019. This is nothing new for Oculus who have already made a similar approach to this market with their Rift. The main aim for Enterprise Editions is to enable businesses to bulk buy, allowing secure business applications to be installed onto the Quest and Go.