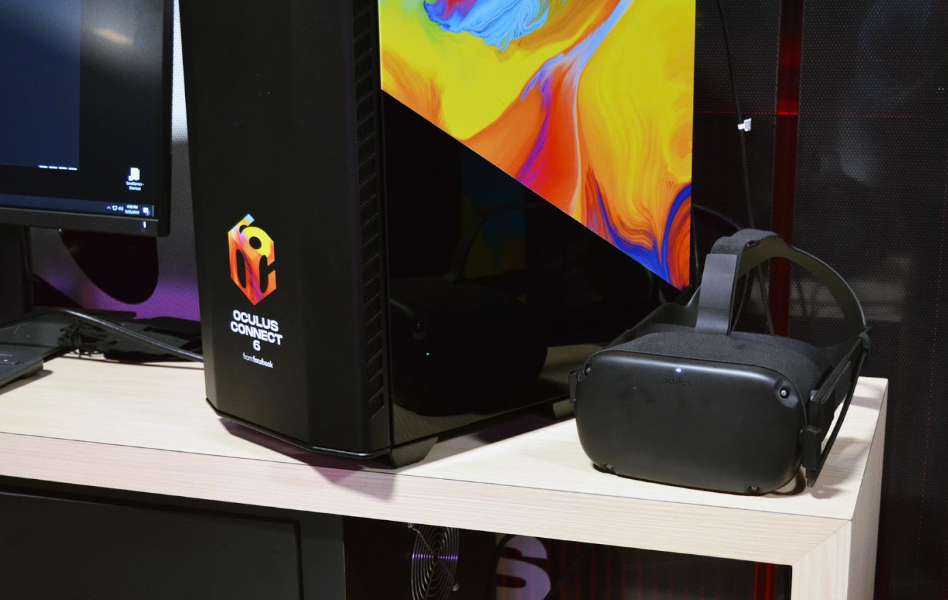 The Oculus Quest was released in May last year with a VR experience surpassing its rivals, all contained within a wireless portable headset. Since its release we have seen numerous improvements, including new features and monthly software updates. Oculus has been progressively improving their Quest headset to give their customers the best VR experience possible. Recently at OC6, it was announced that a lineup of new features for the Quest will be coming. It’s expected that this will unlock the full potential of the Quest and will further expand how the user interacts with their content.

Controlling a VR world has never been so simple, with hand tracking set to raise the bar, no longer do you need to use controllers. The need for use of external sensors, gloves or PC’s are no longer required. What does this all mean? It means its enabling the user to have a much more natural interaction with their VR environment, being a far more immersive experience.

A new feature that is creating excitement for anyone who uses this technology is the Oculus Link. This is a new way to access Rift content on Quest headsets. Beginning in November, those who own a Quest and a PC will be able to access any Rift library with the Oculus Link software. You will be able to do this with any USB 3 cable but soon Oculus will be releasing a high performance optical fiber cable to give its customers the best experience possible.

With Oculus Link it is now much easier to train workers on a large scale, and the interacting between trainees and teachers can be more valuable and much more fulfilling. With everything Oculus have updated and the effort they have put into their headsets, creating a much more immersive experience than VR technology has previously provided.