﻿The AR office space with Magic Leap One 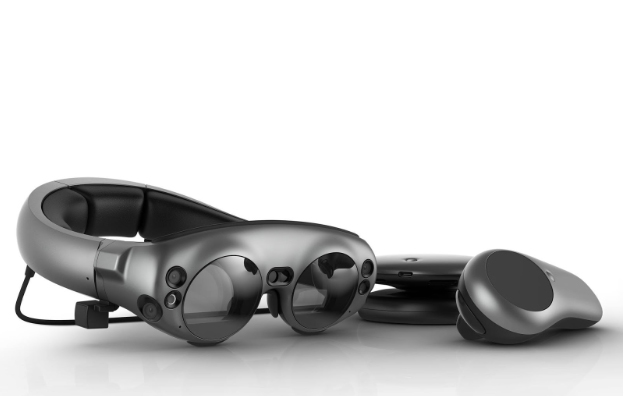 Augmented Reality has been around for a while now, with there being lots of new uses for this technology, from mockup workplaces to state of the art simulations. It surely is time to utilize this technology in an office environment. Using the Magic Leap One with its CNN app, this combination can allow you to setup an AR space, anywhere, anytime.

Magic Leap One has been on the market for about a year now. Surprisingly this device hasn’t really hit the mainstream, at least not yet. One thing is for sure, every office could use a bit of livening up with some cool AR products. Magic Leap one is a viable tool for the average white-collar office worker.

AR Workspaces Are the Future

The Magic Leap One offers an easy to use truly immersive experience, using wearable AR technology. It’s easy to see how tech like this can enhance your everyday experience of the world around you. Using this technology in the office can improve productivity just by making the most mundane tasks more enjoyable.

Generally an office space will consist of a whole lot of monitors, mice, keyboards and whiteboards enabling workers to multitask various activities. Now think about donning a headset and having everything you need at your fingertips at all times. Sure, it seems pretty unfamiliar to put something on your head and view the world around you in an altered state. But if you were to really think about it, it makes sense, as you can see exactly what is needed at any time using AR technology. This saves workers time and increases productivity.

The Magic Leap can be used with other users easily. One of its best features is its ability to put AR holograms in your vision that look pretty realistic. Unlike VR, which closes you off from the world, AR lets you remain engaged with real people and places. Also, although increasing numbers of white-collar workers are working remotely, the working world is still dominated by people in office spaces.

Magic Leap works best with a high speed internet connection, public wifi such as cafes lack the internet gusto needed. Also noted is that the headset gives off some heat in operation, but as long as your office is air conditioned this will not affect comfort in use. The Magic Leap also comes with a shoulder strap which is very useful when using the device for long periods of time.

Apps to Use Within Your AR Desktop Setup

The most important thing to consider when setting up a virtual office with the Magic Leap One, is figuring out which apps make the experience the best it possibly can be. Some apps that work well together are: the Cheddar news video streaming app, Clock app, Wallpaper app via Screens app, Gallery app, Avatar Chat and of course Helio (the AR web browser). When you put all these apps together you get a truly immersive and fun workspace.

Another useful feature of the Magic Leap One is the ability to force a particular screen to "follow" you wherever you go. The following functionality is in the menu of most Magic Leap apps and can be initialized by clicking on the front-facing bumper.

With these apps working together, the experience is deep and surprisingly non-distracting. An AR environment that can turn a normal, dull working space into a colorful center of activity.

If we want to talk about drawbacks, the main one would be its limited battery life, a common problem shared by all mobile devices. In an AR office setup battery life won't last much longer than 3 hours. This isn’t necessarily a bad thing as it's a good idea to take a break after a few hours. The Control device consumes much less power if you're not constantly using it, so it requires much fewer recharges. While on the subject of battery life, it can be inconvenient to have to open the main menu and navigate to the battery icon, just to find out how much power the device has left. Once the Magic Leap drops to 25% power left you will be shown a warning of low battery life.

Is it worth it?

The Magic Leap AR office setup may not be everyone's cup of tea, but for someone with a boring job or limited work space, this might just be the setup. It’s easy to see co-working spaces offering the Magic Leap One as an optional menu item, allowing visitors to create their own virtual space among unaffiliated workers. Because of the relatively opaque effect of the AR panels and the ability to plug a pair of normal headphones into the device, it’s easy to create a bubble of AR constructs amid a crowd of fellow co-working space users.

People are getting seasoned to the idea of wearing a headset, You won't necessarily get weird looks by wearing the Magic Leap One in a public setting, though you still might get the occasion look of “what’s that thing on your head?”. People really are now ready for the AR future.